'Why is it called Thief's Row?' This is the most common question that comes up during our site tours, to which I reply, 'I don't know, but do you have any ideas?" Surely there must a meaning to such a loaded name. This week on the site, we uncovered significant evidence that the medieval buildings on the north side of the road line up with the gable end on to Thief's Row, indicating that these earlier buildings respected an earlier road in the same place as the 18th-19th century Thief's Row. Also, with the discovery of a midden pit between two of the early 19th century buildings, we have recovered many personal artefacts that provide us with information about the inhabitants of this period - objects such as pins, thimbles, keys, cooking pots, coins and knives. Although the Cromarty of today comprises a diverse community of individuals, without a doubt we can relate to the items, tangible links to the 19th century community which likely subsisted on fishing and small-scale husbandry.

Nine more days to go, and I am looking forward to tomorrow when we start to dig through the floor deposits in one medieval building...to search for similar information about the medieval occupants of Thief's Row. 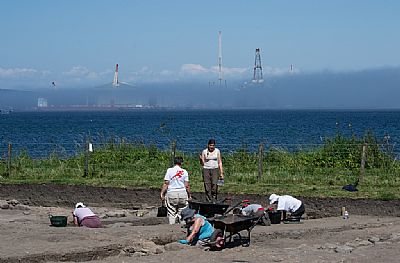 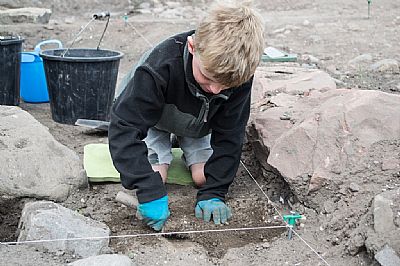 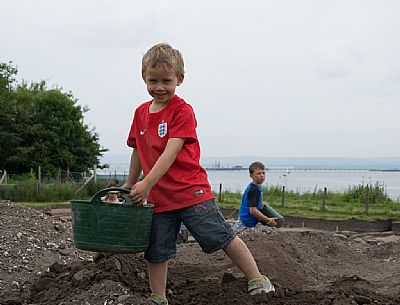 Comment from Ron Bennett at 13:59 on 30 July 2014.
The bottom right photo is the Fox-Harris brothers (Edward-William up visiting from Swadlincote Midlands').