We had a great Medieval Day yesterday, with many visitors turning up and a large number turning into volunteers for the day! Thanks to all who came out, and we’re delighted you had such a great time with us.

There were a range of activities on for people of all ages, and to complete the medieval feel, three of our volunteers were suitably attired in medieval clothing. Emma and Sam wore traditional 14th – 15th century ladies’ garments (hand made!) while Lachlan gave tours of the site in his friar’s robes. You can see Emma’s beautiful blue surcoat and pilgrim's badge, and her hair covered and styled in a traditionally medieval manner. Her belt, purse, woven band and clothes were all made by herself using mostly traditional techniques. 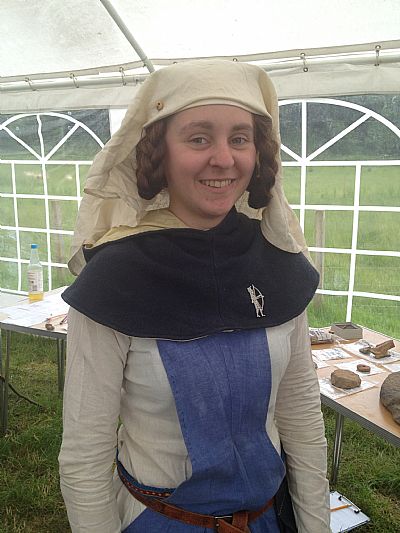 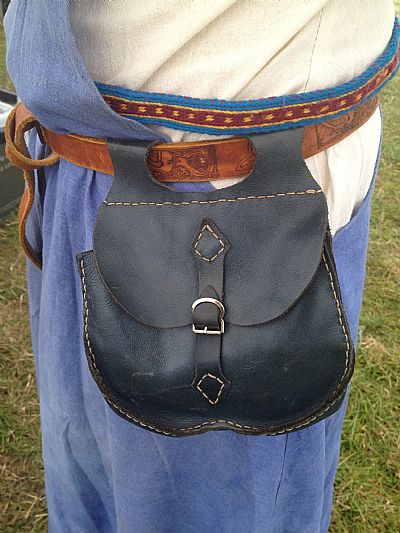 Some of our special medieval finds were out on display so that Lynn and Lachlan could tell members of the public about the character of medieval Cromarty. The public were able to see Lynn demonstrate with her own spindle, showing just how our small clay spindle whorls would have worked. With living models to associate different artefacts with, the fragments of comb, brooch and a buckle could be seen in a real context on clothing.

The kids (and some of the adults!) attempted quoits and a fishing game, where they tried to catch the same types of fish the residents of medieval Cromarty ate in such abundance. They also made pilgrim’s badges to wear, really inspiring us with some of their pretty designs! 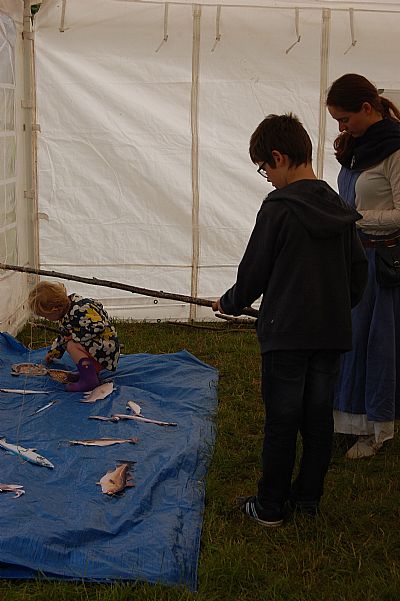 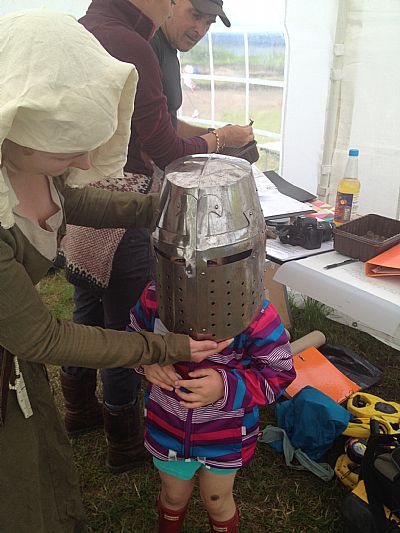 The display boxes featured a range of replica medieval items for people to interact with, including things like coins and shoes, pottery, arrow heads, chalices and a cooking pot. The favourite, unsurprisingly, was the heavy helmet and chainmail.

And finally, Pat had been working on some new reconstructions of the houses along Thief’s Row - those of you who have been to visit the site may remember the two images that we’ve been using so far, each representing the structures based on archaeological evidence we learned that year. Here is a new idea of the structure we’ve nicknamed Mary’s house. Notice the main difference? No windows! 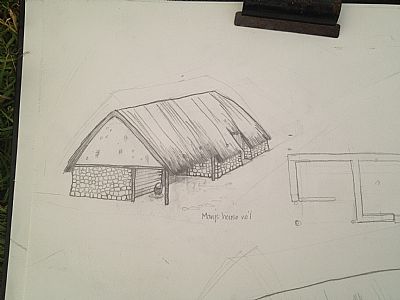 Our next big family day is an Arts and Crafts one, on Saturday the 18th of July, see you there! 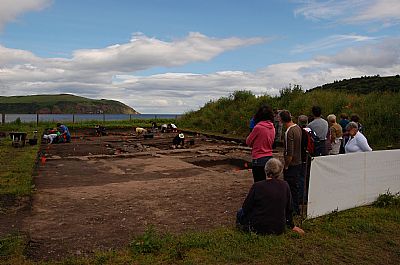