After recovering one stone from a rotary quern in the shoreline erosions, we were on the look-out for quern stones on the site.  We thought we spotted one in a Medieval structure in the southwest corner of the site during the dig - turns out there were three in the same wall, within a space of 2-3m!  Steven's work this week confirmed it, the nicest of which turned out to be one of the collapsed facing stones of the wall.  Is it facing the interior or exterior of the structure?  We'll have to find that out next year... 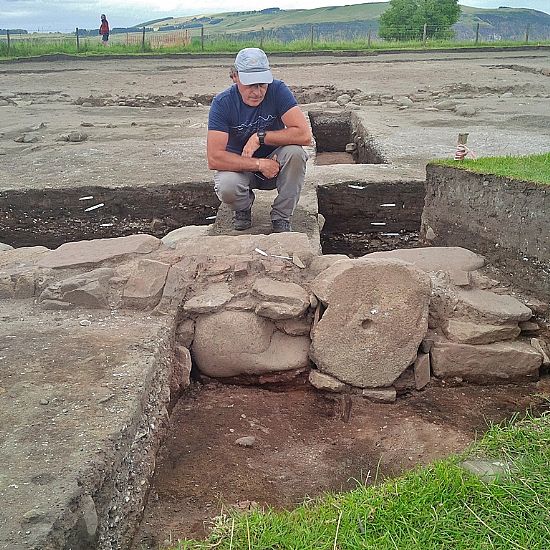