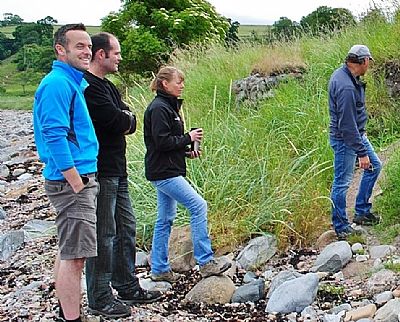 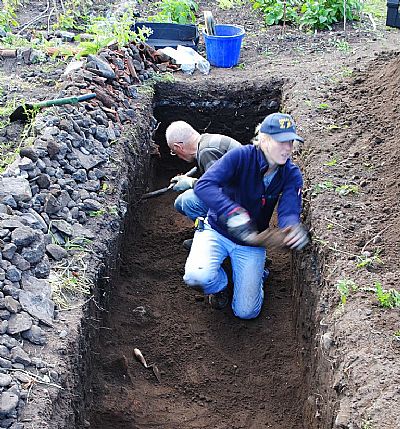 Steve is a freelance archaeologist (West Coast Archaeological Services) and resident of Cromarty. He identified the archaeology in the shoreline erosions in 2012 in front of the dig and despite previously believing his passion was either the Mesolithic period or Iron Age, he has discovered a new love of all things Medieval.

Mary (alongside Lynn) is an archaeologist with Ross and Cromarty Archaeological Services and a resident of Cromarty. She was engulfed in the project after Steven dragged her out in winter storms to check out the shoreline sites.

Lynn is an archaeologist with Ross and Cromarty Archaeological Services and lives on the Black Isle. As well as providing words of wisdom to the committee, she's also a dab hand with the trowel.

Gordon would be an archaeologist if the Highland Council would let him. He graciously gives his time and advice to the project endeavours and hopes to have more time to dig in 2014.

'Mo' really has a love of anything Medieval. Enough said.

Ross is a pillar of the committee. After enduring 2 weeks alongside Steven in digging a test trench in the allotments, he came back for more. He is doggedly determined to protect the shoreline erosions and undertake hard graft of any kind.

Caroline Vawdrey, Paul Monk and Pat Haynes provide their community-spirited guidance (and often artistic support) to the project while David Alston and Sandy Thomson have assisted with documentary research.

We are also grateful to David Anderson and Stuart Farrell for volunteering their time during the 2013 excavations.